Thomas "Tomska" James Ridgewell is a British YouTuber and producer.

Thomas was born on June 27, 1990 to two then-26-year-old Jehovah's Witnesses.[1][2] He was originally going to be named "Dudley", but his parents decided to name him "Thomas" after his twin sister, Amelia, died in his Mother's womb during a car crash. Thomas was raised a Jehovah's Witness, but he no longer holds his faith.[3] He is of English, Scottish, Irish, Russian-Jewish, Ukrainian-Jewish and German descent.

Ridgewell graduated from the University of Lincoln, where he created a series of unofficial "advertisements" for the university.

Tom in "My Friend Died", detailing the aftermath of Edd's death 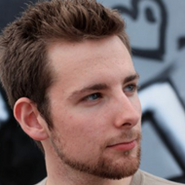 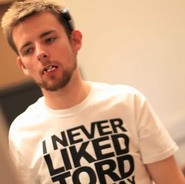 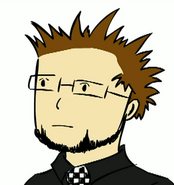 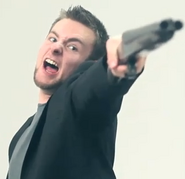 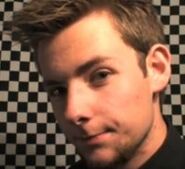 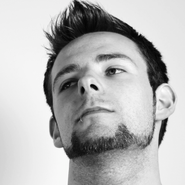 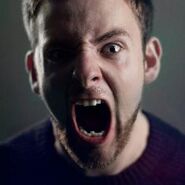 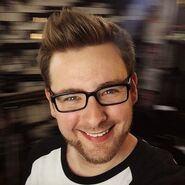 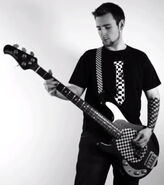 Tom's comic, "TomSka Is Sad"
Add a photo to this gallery

Retrieved from "https://tomska.fandom.com/wiki/Thomas_Ridgewell?oldid=7231"
Community content is available under CC-BY-SA unless otherwise noted.